Cambridge is a town in the Waipa District of theWaikato Region of the North Island of New Zealand.
Situated 24 kilometres (15 miles) southeast of Hamilton, on the banks of the Waikato River, Cambridge is known
as "The Town of Trees & Champions”.
Home to the internationally renowned “Avanti Drome”, Cambridge is less than 10km’s from Lake Karapiro,which is the home
of the famed “Maadi Cup”. The town has a population of 19,150, (approx.) making it the largest town in the Waipa District,
​and third largest urban area in the Waikato (after Hamilton and Taupo).
Cambridge was a finalist in the 2017 New Zealand's Most Beautiful Large Town awards, run by Keep New Zealand Beautiful. 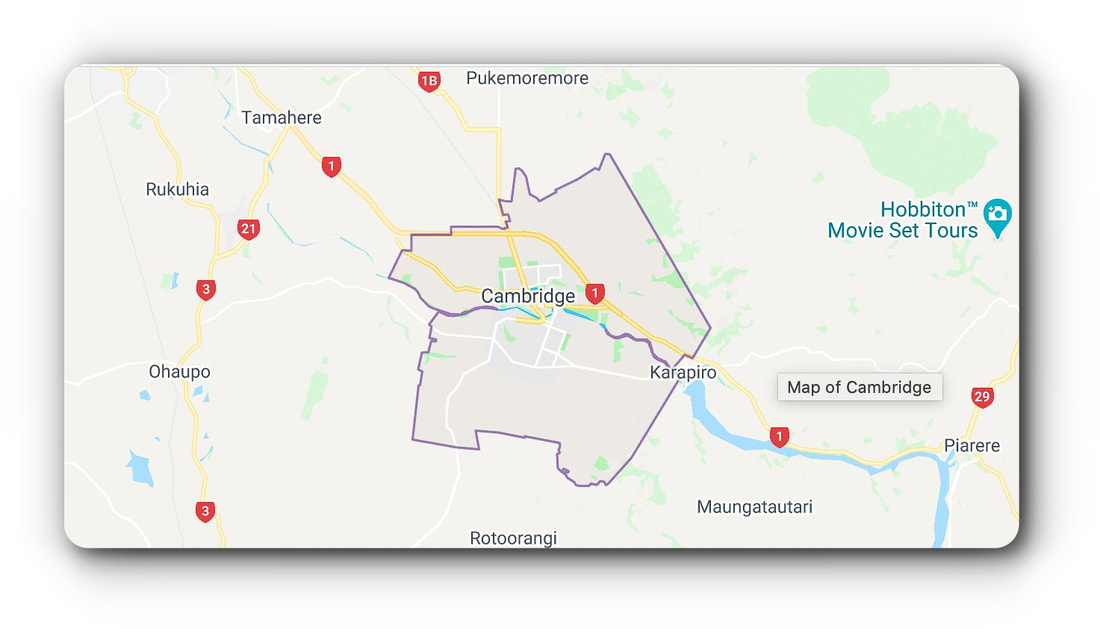